Showing posts from 2017
Show all

I have replied to a few emails of the scammers and enjoyed it thoroughly, but this guy is pure gold. The photoshop one was the nail in the coffin.
Post a Comment
Read more

Recently an Artificially intelligent bot called Sophia got citizenship of United Arab Emirates. It was enthralling to see the robot and it's human like interactions. It kind of makes you wonder how we have reached from rolling stones and calling them wheels to flowing electrons in silicon embedded skulls. It is fascinating to speculate how things would look like in next 5-10 years. Artificial life forms is where the internet was in early 80's. Accessible only to a few people having high resources. Internet in 80's was very premature and was just a toy for geeks and nerds alike. Today it has become indispensable tool for our productivity. It moved from being a business product for overseas communication to personal entertainment device. Artificial Intelligence and machine learning is being used at lot of places and is at early stages just like internet was in 80's. The problem with artificial intelligence being mainstream is twofold:- Problems in business sector
1 comment
Read more 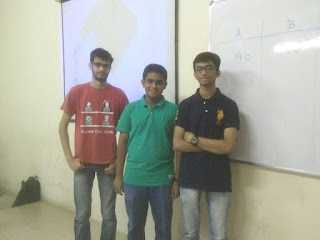 Use full screen to view the questions. EXCEPT ONE, ALL OF THEM HAVE A VIDEO AND 2/3 PICTURES ALONG WITH IT. THE QUIZ IS JUST TECH BASED. Conducted a Tech Quiz at SVNIT, Surat on behalf of ACM Chapter of SVNIT.
Post a Comment
Read more 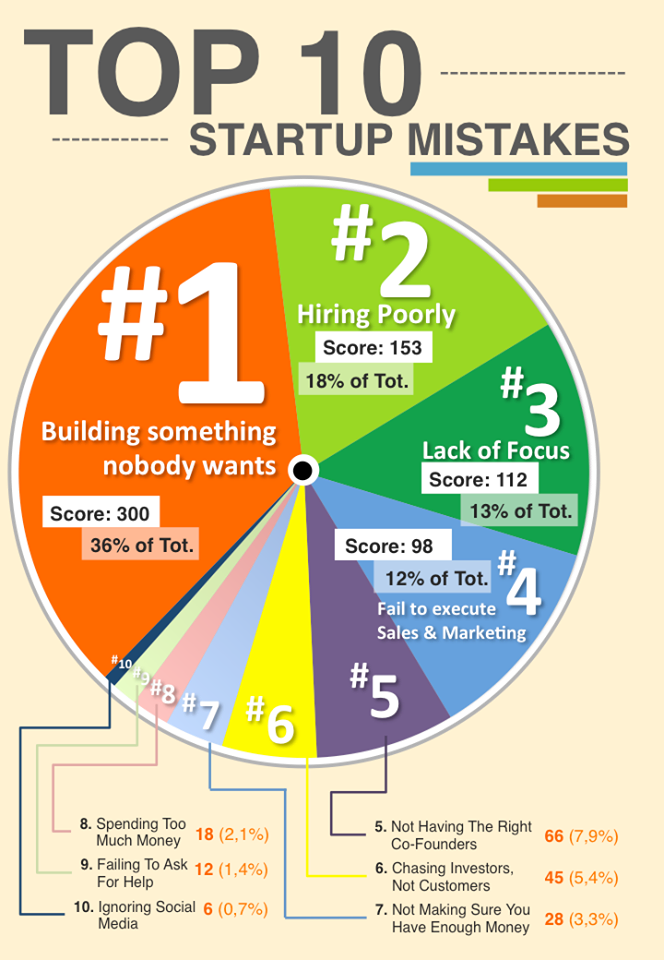 By Vaibhav Maheshwari - August 07, 2017
The world is too complex, My Love. and minds, too twisted; and lips, too black that mean, not what they say and kiss, not whom they love. and hearts, cold that pump blue blood into blue blood and hundreds of tricks up hundreds of sleeves. and hundreds of faces behind each. This is not my game, my love. and that scary world - not mine. I can't tell you everything, for words are all so empty now. All I know, and all that I believe in, is that one simple truth that I love you.
Post a Comment
Read more

Blockchain and its end-user applications

I have thought over blockchain a lot and I think it has huge amount of capacity to do disrupt the industry. Initially when I first heard about it I could not grasp the enormity of it because for me as an end-user, trust was not a factor that affected my personal browsing habits on day to day basis. The fact that the service worked and could be relied upon to do it's task was sufficient for me. So the decentralized applications made little sense to me. The blockchain hyperledger is huge but that is not because of it's capacity to create encrypted hashes and link them into blockchain as ledger. That is just a new back-end frontier which would become common and core soon. The REAL  potential of blockchain lies in it's ability to create peers which is not just about decentralization of data but also decentralization and power and thus decentralization of money in way that makes marketing sense to consumers. I would try to put some use-cases of Blockchain Technology:- Im
Post a Comment
Read more

By Vaibhav Maheshwari - March 30, 2017
A lot of my friends are in computer science and there are a lot of them who are not but want to learn programming and get into software development so that they can hack the plethora of high paying white collar jobs out there. The government and and the industry seems to be happy about it and are fueling this environment with more venture fund and government funds. Sure, the number of different applications in which software can easily and dramatically increase productivity is practically unlimited, so each additional worker in the tech industry always has important problems to solve, and the other software engineers are occupied with their own problems. So everything should work out great in future, right? More jobs and more demand? Apparently not so. Let's take better look. Most of the pass-outs are being placed in startups. This whole startup eco-system is being fueled on bets by venture firms. If the market does not scale to profits, the venture funds would cut the funding.
Post a Comment
Read more

By Vaibhav Maheshwari - March 30, 2017
"An idea a day, makes a man healthy, wealthy and happy :-P " Idea #1 Creating a messenger chatbot which would take the subtitle files of a movie/series. And then based on the characters of the series, it would ask which character would you like the messenger bot to train on. It would train on that data (subtitle files) using machine learning and then you can chat with your favourite character. Tech Stack: Messenger Chatbot (Python, flask) , Web Interface - Flask , api.ai api's or tensorflow+scikit-learn+pandas Idea #2 Watch videos with your friends online. You need to enter a video url of youtube and wait it to buffer on all the workstations connected. A small popup window would appear of your friend, which would show up the video of him. Thus you and your friends could react to same video, capture each other's emotions, and release that reaction on youtube for the world to watch. Tech Stack : Rails 5 (ActionCable , Redis) , Chrome Extension (maybe?) Idea
1 comment
Read more

Instantaneous Systems in Future (Applications of AI, ML and DA)

By Vaibhav Maheshwari - March 05, 2017
A lot has been already talked about AI, Machine Learning and Data at a superficial level. There is very little clarity among people that how it would affect our day to day lives. Most people I know have the impression of AI as a Robot that has near human intelligence and would take over the planet earth. This particular use case (although highly exciting) is a rare possibility in future.  In this article I would list the possible use cases of AI, Machine Learning and Data Analysis. Use Case 1: Cooking food In the current scenario, we think of what we would like to eat, go to grocery store, pick the right recipe ingredients and then go home and cook the food. This is way too tiring. Future Case Scenario:- There is an app which knows and understands your tastes very well. You need to select your mood, and based on the data it has from millions of consumers, it would suggest which food you would like to eat, along with an estimated price for the ingredients. You tap the food, the s
1 comment
Read more 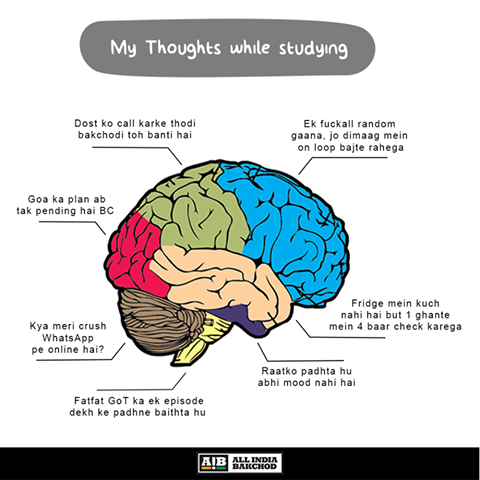 More Transcendental than barriers of time.

By Vaibhav Maheshwari - February 17, 2017
Since childhood we are all surrounded by all sort of media around us. It serves as a great influence on moulding our minds. Given the fact that my english grammar has become completely horrible and I can't even construct sentences with correct grammar, leaves me no other choice apart from venturing into a new field althogether that is :- making short films. I have most certainly spent last two days trying to cook up a script which glorifies and comics the situations in college life. It was kind of difficult task which makes me appreciate people who make videos a lot more. I wouldn't care much if the film gets less number of views but I would kind of regret if the film turns out a nuisance. Creating an intertwined story and keep the audience engaged at every frame of your video is extremely challenging. I think movies made Raju Kumar Hirani do this very well that they never bore their audience. Each movie plot has subplot which are coherently linked together in this amazing
Post a Comment
Read more

By Vaibhav Maheshwari - February 11, 2017
This blog has been a place for me to organise my thoughts properly and post about events of my life. This is the first weekend after 3 weekends that I have not been travelling or staying awake whole night and writing code. I finally have some time to organise my thoughts properly. There are three technology sectors that are said to have high importance, they are largely :- IOT (Internet of things) Blockchain   Artificial Intelligence (including data analysis) It is interesting how all of these combined, would lead to complete automation of industries which is slightly disastrous and exciting at the same time. Now like all technologies, they have to be groomed and properly nurtured by industries to take effect. IOT- Energy AI - Education Blockchain - Payment Systems To be completely honest, instead of building things over a weekend. I want to build something more serious while doing projects in these fields.
Post a Comment
Read more

By Vaibhav Maheshwari - January 29, 2017
I have written this presentation for iHack Hackathon. It is a basic web application which leverages Blockchain technology to increase the pace of innovation. Questions in comments section are highly appreciated.
2 comments
Read more

By Vaibhav Maheshwari - January 14, 2017
In this debacle I would concentrate more on basic idea of learning. I won't be comparing the intent of learning (say, Online Test Prep or skills connect startup).I think this is a part which each edtech sector startup asks itself is how to stimulate learning to the target audience. In case, where target audience is between classes 4-10th grades, the accepted approach is usually to use games for each topic to make learning more addictive. In higher classes and skill development scenario, the approach is more tilted towards using demonstrative videos / lecture videos to help the learner learn. There are also very few domain specific websites which allow users to learn computer algorithms in a highly addictive manner but they cater only to programming audience. Most of the educational websites have certain amount of traffic but that does not mean they are for sure the best approach, at the same time also stating the fact that just because it's done does not mean they must have ap
Post a Comment
Read more

By Vaibhav Maheshwari - January 01, 2017
I find it amazing how companies like Facebook, Google and Tesla have scaled without spending a lot of money on marketing. They used strategies to understand their market, their market niches and evolved the product around that, thus eliminating the need to market themselves. There are lot of applications and services which offer first month free, free rides and bumper sales but yet have failed to evolve as a successful business in terms of profitability.  One of the biggest reason for that is they do not completely understand their channels of reaching out to people and thus end up lacking the focus towards the area where consumers are present. They fail their understanding of the term "target audience". One of the most classic examples of this kind of failure is TATA Nano. They branded themselves as common man's car in interviews given by Ratan Tata himself. Cars are status symbols and henceforth nobody wanted to buy a "common man's car".  Had they und
1 comment
Read more
More posts